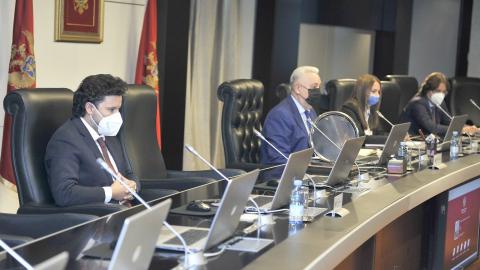 "The Montenegrin Statistical Office will hold the census of Montenegrin citizens and of foreigners living in Montenegro who have permanent or temporary residence in Montenegro. Among other things, data on ethnicity, language and religion will be collected," the draft law proposal says.

Censuses are a sensitive topic in Montenegro, as they are across much of the region, and the plan has stirred concerns among most communities in the country, which is made up primarily of Montenegrins and Serbs.

Prime Minister Zdravko Krivokapic said on August 10 that a census would be difficult to hold this year because it would require a lot of preparation.

But the largest bloc in the ruling coalition, the pro-Serbian Democratic Front, has conditioned its support for the government on organising the census by the end of the year. It has claimed that plans to postpone the census for next year were "directed against the Serbs in Montenegro".

"For the Prime Minister, it is not acceptable to organize the census now, when it could be held freely and when a realistic picture of the population in Montenegro could finally be determined. If there is no census, there will be no government," the Democratic Front said in a press release.

Meanwhile, civic activists and the opposition accused the government of violating procedures by proposing the census law without holding a proper public hearing first. According to Law on Public Administration, every law proposal must go to a public hearing for at least 20 days.

The head of the Podgorica-based NGO CEDEM, Milena Besic, said on Thursday that political pressure on the government shouldn't be the main reason for sending the law...