"Abazovic stabbed us in the back" 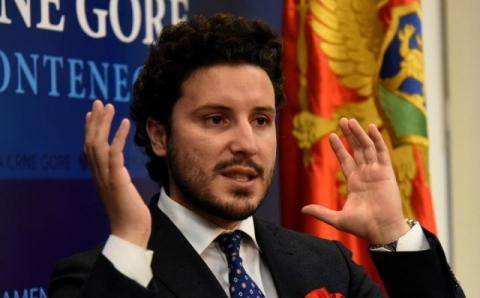 This statement came after Abazovi said that he would overthrow the Government if the Minister of Police, Sergej Sekulovi, is replaced.
The party of the President of the Assembly, Aleksa Bei, estimates that Abazovi "stabbed a knife in the back" to all those with whom he was in the coalition and who were his superiors, and that he continues "in his recognizable style".
They add that Abazovi "thinks that with unprecedented media hysteria after September 5, he will cover up the truth, hide his fickleness, hide the fact that he is constantly trying to sit on ten chairs".
"You are outplayed, Abazovic, everyone saw who you are, Montenegrins, Serbs and members of minority nations, because they see that you don't have a shred of sincerity. These days, people are disgusted by how aggressively you are trying to deal with the prime minister and you buy the credit for the successful action on September 5, and you were against that action, against the enthronement and all the time you performed a solo act, so that the DPS would take over power and control over Cetinje and Montenegro", the Democrats said in a statement.
They stated that Abazovi "got the most of all in the Government", and that tonight he "attacked the other 37 MPs who do not have any members of the Government and threatens to overthrow it".
"Go ahead, overthrow the government if you have the guts. You don't, of course, and you're just bluffing to try to trade like many times before," the Democrats said.
The party denied Abazovi's allegations that they were an obstacle to the election of the Prosecutorial Council and told that he forgot to say that the previous Prosecutorial Council had ceased to exist and was implementing its intentions by the decision of the President of the...