Russia called on the U.S. Ambassador: We possess irrefutable evidence 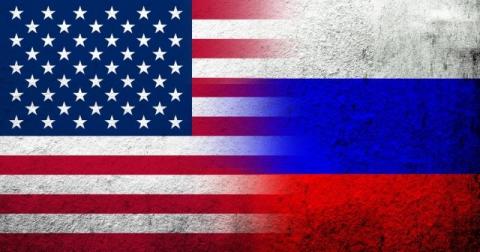 This was reported by the Russian agencies TASS and RIA, citing a diplomatic source.
Russian news agencies reported earlier that Sullivan was invited for an interview due to questions regarding accreditations for Russian journalists working in the United States, Reuters reported.
The agencies did not specify which elections were discussed.
Parliamentary elections will be held in Russia next week. The U.S. Ambassador, who was invited for a conversation in the Ministry of Foreign Affairs of Russia, was pointed out that interference in Moscow's internal affairs is absolutely inadmissible, the Russian Ministry announced.
"On September 10, U.S. Ambassador John Sullivan was invited to the Ministry of Foreign Affairs to meet with Deputy Minister Sergei Ryabkov," the statement said. During the meeting, it was pointed out that the Russian side has irrefutable evidence of violations of Russian legislation by the American "digital giants" in connection with the preparation and holding of elections for the Duma.
"In this regard, it was pointed out that interference in the internal affairs of our country is absolutely inadmissible," the Ministry pointed out, adding that some other issues of a bilateral nature were also considered.
Ministry spokeswoman Marija Zakharova said that she hoped that American diplomats would inform Washington about the reasons why Sullivan was invited for a conversation.
"I read three versions of why the ambassador was invited to the Ministry. Since the Ministry invited the ambassador, it is the Ministry that knows the real reason. And the reason is one - interference in the Russian elections. We hope that American diplomats will pass it on to Washington. Not as it is written in the statement of the U.S....