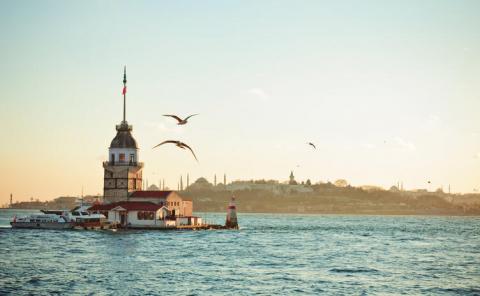 Out of the 37 ranked cities chosen by the Time Out magazine, San Francisco made it to the top of the list and was followed by Amsterdam and Manchester, while Istanbul was listed 36th.

Copenhagen, New York and Montreal were also at the top of the list.

The guide's 2021 World's Best Cities Index was put together based on answers across every category in the poll, along with insights from Time Out editors and experts worldwide.

To create the rankings, the magazine conducted a global survey of 27,000 city dwellers to rate where they live on a range of markers, including not only the traditional assets, such as food and culture, but also those more oriented to the future, such as community projects, green space and sustainability.

How cities cope with the COVID-19 process that swept the world was also effective in determining the list.

"Istanbul has taken a big hit from Covid-19, but the city hasn't been beaten," the magazine said, noting that the city kept its spirits up during the pandemic through community projects like the "Sen Güvende Kal" (You Stay Safe).

The magazine also noted that a proposal by Istanbul Mayor Ekrem İmamoğlu encouraged wealthy residents to come to the aid of families adversely affected by the global crisis.

The metropolis was praised by 71 percent of its locals for the art scene, while the advantages offered by an outdoor activity center in the heart of the historic city were also lauded.