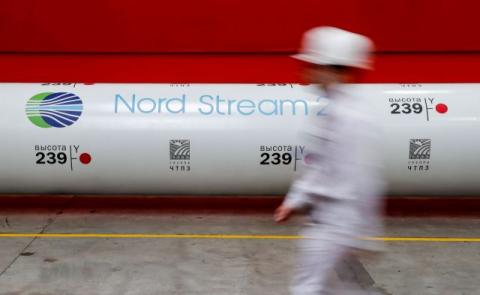 Greece is a key partner of America in building the diversification of energy sources and routes in Southeast Europe, said the US Ambassador to Greece, Geoffrey Pyatt, in an interview with the Athenian-Macedonian News Agency on the sidelines of Southeast Europe Forum, yesterday, organized in Thessaloniki by the Hellenic-American Chamber of Commerce in collaboration with the American Embassy.

The US ambassador also commented on the completion of the Nord Stream 2 pipeline, emphasizing that it makes the US cooperation with its European partners for energy security through diversification even more imperative, while referring to the dynamics that have developed in the Greek-American relations, after the presence of the USA at the Thessaloniki International Fair in 2018 and the foundations it laid for American investments to come - and continue to come - to Greece.

On the occasion of the presence of four other American ambassadors from countries in the region at yesterday's forum (Albania, Northern Macedonia, Bulgaria, Serbia), Mr. Pyatt underlined the regional dimension that has been given to cooperation in the field of energy independence. from the Russian monopoly but also the importance of cooperation in achieving this goal.

He also referred to the meeting that the American ambassadors had with the Minister of Environment and Energy Costas Skrekas, on the sidelines of the forum, and the discussion that took place about the challenges of the transition to RES, as well as the need to develop the connectivity of electricity networks. so that "when -for example- Albania has a deficit in its hydroelectric energy  it can draw electricity from other sources here in Greece, and vice versa during the summer in Greece, when there is increased energy demand,...