"The Balkans will miss Angela Merkel" 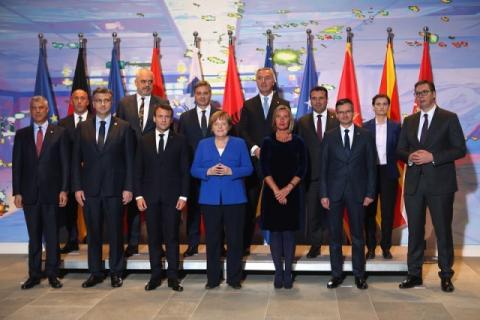 Handelsblatt writes that the region will still regret when Merkel retires.
"At the end of the mandate, the federal chancellor travels to the part of Europe that the West has neglected lately. Many are wondering if this is just a farewell tour - or does Merkel want more?", writes the analysis of the leading German agency dpa.
Merkel is on a bilateral visit to Belgrade on Monday, and after that she will go to Tirana, where she will meet with all the heads of state or government of the Western Balkans.
Official Berlin stated that the visit was dedicated to "regional cooperation". "It is more than a cautious description of the mountain of problems that has accumulated over the years in Serbia, Albania, Bosnia-Herzegovina, North Macedonia, Montenegro and Kosovo.
German diplomats in the region say the chancellor wants to take more care of the states at the end of her term. "Western Balkans, maybe set a couple of roadmaps for the next German government," writes dpa.
The elections in Germany are on September 26, and after them, Angela Merkel is going to the long-announced political retirement. The visit to Serbia and Albania is one of her last trips abroad.
Dpa adds that officially Serbia and the neighborhood have a "European perspective", but that they have not advanced far. "There are shortcomings practically everywhere - in various forms: in the field of the rule of law, administrative expertise. Corruption and nepotism are flourishing. Independent media and critical civil society are under growing pressure. Authoritarian tendencies rule here and there."
Stating that neglecting the Balkans means that the region is becoming a kind of chessboard for the conflict between Russia, China and Turkey with the West, the agency writes...