Bulgaria May Throw Away Millions of Expired Vaccines 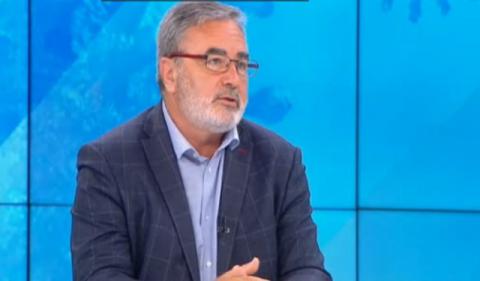 The Chief Inspector Ass. Prof. Kunchev commented that at the end of September the shelf life of 300-400 thousand vaccines against COVID-19 expires. He did not specify which types of vaccines were in question, but in all probability he meant those of Pfizer, which prices became known at the end of last year.

According to the prices announced in December 2020, Pfizer's vaccine was priced at 12 euros per dose, which means that scrapping a batch of 300,000 doses will send 3 million and 600 thousand euros from the budget to the garbage. These figures are only unofficial accounts,  as officially the prices of vaccines are not known.

According to Kunchev, 15-20 thousand jabs are given in Bulgaria every day and at this rate the preparations will not be able to be used.

In case we fail to utilize them, this will be "the first major batch to expire." Regarding booster doses, Assoc. Prof. Kunchev commented that they are recommended for certain groups, but however, this must be judged on an individual basis.

The Chief State Health Inspector Assoc. Prof. Angel Kunchev again raised the issue of mandatory vaccination of workers in certain sectors. He stated this in the show "Your day" today on NOVA NEWS.

"For me some groups need to be immunized. These are the medical workers, as well as the workers in social institutions ", said once again Assoc. Prof. Kunchev, adding that he does not consider the obligatory vaccination a violation of someone's rights.

"It has long been seen that in old people's homes, for example, non-immunized personnel have repeatedly introduced the infection and epidemic outbreaks have occurred, " Kunchev explained.