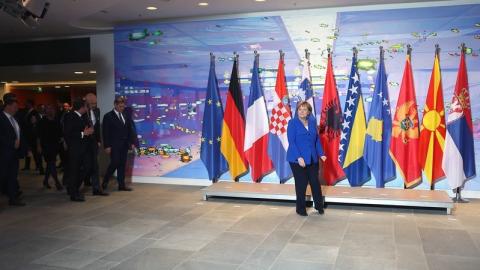 German Chancellor Angela Merkel is visiting Serbia and Albania shortly before her long-lasting mandate as head of German's government comes to an end.

The gesture is seen as giving significance to the six Western Balkan countries, although none of them managed to join the EU club during Merkel's term, which began in 2005.

The German government's deputy spokeswoman, Martina Fietz, announced on Wednesday that, in Belgrade on Monday, Merkel will meet Serbian President Aleksandar Vucic for talks that "should focus on bilateral, economic policy and questions of EU rapprochement".

Kosovo Prime Minister Albin Kurti's office confirmed to BIRN that he will meet Merkel alongside other West Balkan leaders in Tirana, Albania, the following day.

She will also meet representatives of civil society groups from all six Western Balkan countries.

Vucic hailed Merkel's visit as a "great honour for Serbia", especially as it will be her last, or almost last, foreign visit as head of Germany's government.

He praised Merkel for "everything she has done for the Western Balkans, for the whole region and for Serbia, in the previous period".

Merkel "represents a country that is by far the most important trade partner of the Republic of Serbia," Vucic reminded the media last week.

"A few years ago, Germany became the first trade partner and Germany is becoming stronger and...