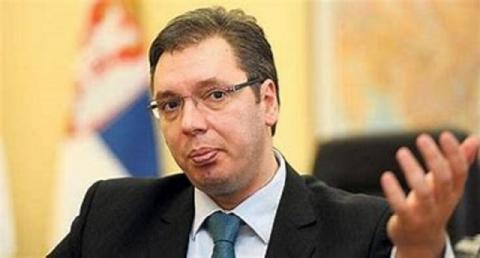 It's in the European Union's strategic interests to integrate the Balkan states into the bloc, German Chancellor Angela Merkel said on Monday as she urged Serbia and other countries in the region to do more on democratic reforms in order to join, AP reported. "All of us who are already members of the European Union should always make clear to ourselves that there is an absolute geo-strategic interest for us to really include these countries into the EU," Merkel said at a joint news conference with Serbian President Aleksandar Vucic in the Serbian capital of Belgrade.

Merkel noted the presence of other suitors for the Balkan nations. "There are also influences from other regions in the world and if the European Union doesn't move fast enough ... then of course one is forced to arrange oneself with other partners," Merkel said. "As German chancellor and a member of the European Union, (I) always make it clear to ourselves how important it is for the European Union to get closer to these countries."

The Western Balkan states — which include Serbia, Bosnia, North Macedonia, Albania, Montenegro and Kosovo — have for decades sought EU membership. But due to the bloc's stalled interest in enlargement and the years of diplomatic crises the EU faced as Britain left the bloc, those Balkan nations have been left to seek other alliances, including with Russia and China.

Vucic, a former ultranationalist, praised Merkel as a true ally who during her 16 years as the German chancellor managed "to maintain peace" in the Balkans that went through bloody wars in the 1990s. "She was undoubtedly the true leader of Europe," Vucic said. "I have a fear who will replace her."

Vucic has been widely considered a strong Merkel ally in the Balkans despite his...