Krivokapić on the status of the Cetinje monastery: "Attack on property" 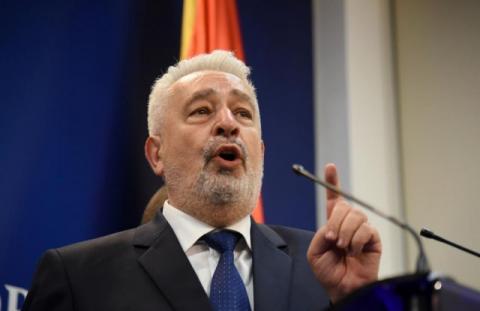 Krivokapic said that the state, which should be serious, respecting law and order, must correct all those mistakes. The attack on the property, as he said, began with the formation of the Montenegrin Orthodox Church.
"Someone did it on purpose, and some people who did it are not alive today, so we cannot conduct proceedings against those people, but we can correct the injustice," Krivokapic told reporters in Tirana. He pointed out that no decision can be unconstitutional, illegal and to the detriment of anyone.
"You know that in the history of Montenegro there are so-called land grants, from Crnojevic onwards, which speak about whose property the Cetinje Monastery is. I don't know if the decision was made, but it would be illegal, unconstitutional and in some way a formal decision that would cause further divisions. No decision can be unconstitutional, illegal and to anyone's detriment. The attack on the property started with the formation of the so-called Montenegrin Orthodox Church, whose only goal was not to establish faith, but to return the property so that it could be used either by the state or that non-governmental organization", Krivokapic said.
He added that property and the right of ownership is the most important determinant of the Montenegrin Constitution.
"Someone deliberately made a game here where in one period of time he even erased what was 'state property', not to mention other abuses where in 2005, by one decision, he destroyed all property, both state and private, and those which belonged to the monastery are attributed to the Capital", prime minister said.
"We have suffered a lot of injustice, and in order for justice to win, the rule of law must come to life, and that cannot happen if the institutions of the...