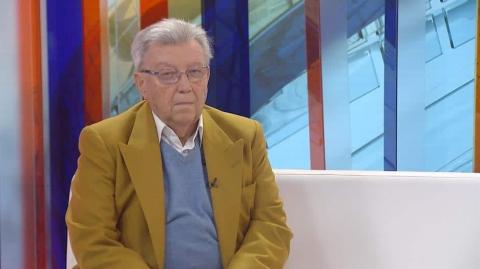 Borisav Jovic, one of last presidents of the presidency of socialist Yugoslavia prior to its break-up, a key ally of Slobodan Milosevic and a leading figure in his ruling Socialist Party, died on Monday as a consequence of contracting COVID-19.

Serbian media reported at the beginning of September that Jovic was in hospital and his death at the Karaburma Military Medical Centre in Belgrade was confirmed to public broadcaster Radio-Television Serbia.

Jovic became Serbia's representative in the collective presidency of the Socialist Federal Republic of Yugoslavia since March 1989, and in May 1990 he become president of the presidency, a position that he held until May 1991.

Before and during the Croatian and Bosnian wars, Jovic was one of Milosevic's closest associates, and chronicled some of their meetings in his best-known book 'The Last Days of the SFRY: A Diary' in 1995.

The 'Last Days' book, alongside with Jovic's 'Book on Milosevic' from 2001, was used at the International Criminal Tribunal for the Former Yugoslavia in the trial of Milosevic, at which Jovic was a prosecution witness. He was also interviewed as a suspect by the Tribunal's prosecution on three occasions in 2002 and 2003, but was not indicted.

The Socialist Party's current leader, Ivica Dacic, who is also president of Serbia's parliament, said on Monday evening that Jovic "is a name that the Socialist Party of Serbia will be proud of, and we will remember him for its commitment to his...