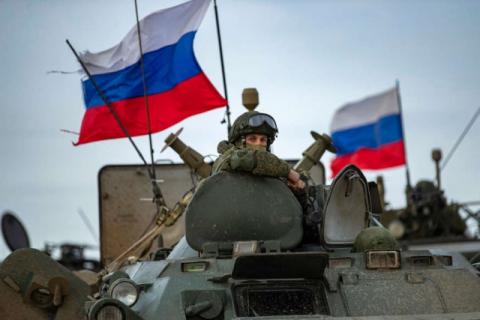 Russian President Vladimir Putin had a meeting with his Syrian counterpart Bashar al-Assad at the Kremlin where they discussed the political situation in Syria, international terrorism as well as issues of bilateral and humanitarian cooperation. The details about the meeting held on September 13 were published on the Russian leader's website on Tuesday.

In the beginning of the talks, Putin said that he is glad to welcome Assad in Moscow and congratulated him on the occasion of his birthday on September 11 and for the "very good result at the presidential elections" which were held on May 26 and were won by Assad with more than 95% support.

The Russian leader recalled that through the joint efforts the two countries managed to liberate the majority of Syrian territories from terrorists (as the Syrian government currently controls more than 90% of the country), while refugees actively return to liberated areas and people are rebuilding their homes. According to Putin, Assad is actively working to improve dialogue with his political opponents. The Russian leader voiced hope that this process would continue.

At the same time, Putin slammed the presence of foreign troops in several regions in Syria without a UN decision or Assad's permission as a problem as, he believes, it prevents the country from "undertaking best efforts for the country's consolidation."

In turn, Assad underlined that political meetings and talks held in Sochi and Nur-Sultan had particularly facilitated...

US Russian Top military Meet in Helsinki discuss Risk mitigation in Afghanistan after US Pullout
Gabriela Alexandrescu (Save the Children): Over 1,500 children - asylum seekers in Romania