What did you say, Angela? 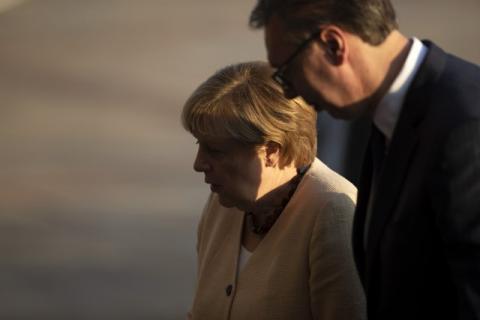 Some of them have already resonated, such as those about the rule of law, the solution of the Kosovo knot, the dangers lurking from "other parts of the world", and they also touched on the excavation of lithium, Blic writes.
The German Chancellor talked with the President of Serbia about various topics, from Serbia's European path, through its foreign policy, environmental protection and climate change, dual education...
Still, some issues stood out.

Although she did not directly say what European officials often repeat: that there would be no progress towards the EU without the rule of law, Angela Merkel touched on this area.
"We talked about reforms, about opening new chapters in the accession process. It is important to make progress in the area of the legal system. The president presented his plans and made promises," Merkel said.
In a nutshell, Blic writes, there is a problem with the rule of law, and we expect it to improve, and that it will be so, guarantees were given by the President of Serbia, Aleksandar Vui. Her message remains subject to interpretation, but the fact is that Merkel pointed out that she "knew Mr. Vui as a person who no longer makes false promises, but as a person who tries to put into practice what he promises."
"I encourage further progress towards the rule of law, a plural society," Merkel said.

The inevitable topic was the old painful issue - the so-called Kosovo knot. How it will unravel is unknown for now, but the answer may be inferred from the chancellor's statement.
"Some issues will be resolved at the end of...