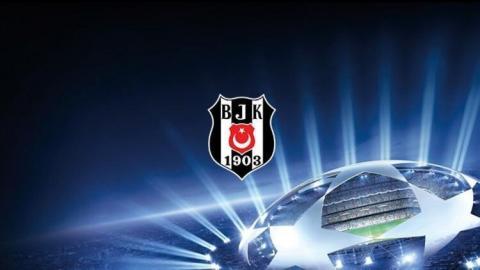 The club side is back in the Champions League after a three-year absence, and after making several big-name signings this summer, it will be aiming to at least reach the knockout rounds of the competition.

One player top watch will be Miralem Pjanic, who joined Beşiktaş from Barcelona on loan earlier this month. The Bosnian star made his debut for his new club on Sept. 11 in a Süper Lig game against Malatyaspor, completing the game with an assist, winning the hearts of Beşiktaş fans.

With expectations high, Beşiktaş coach Sergen Yalçın faces a headache in the defense due to injuries.

The Turkish coach will be missing the services of experienced defenders Domagoj Vida and Alex Teixeira, and is expected field Welinton Francisco Montero to replace the duo.

The Norwegian striker, who tops the transfer shortlist of all major European clubs, has scored five goals in the four Bundesliga games Dortmund has played so far.

The other game in Group C of the Champions League group stage pitches Sporting Lisbon against Ajax.

Elsewhere in the competition, RB Leipzig finds itself in the unusual position of not being cast as the bad guys in the "group of death."

Manchester City and Paris Saint-Germain will cross swords again in...