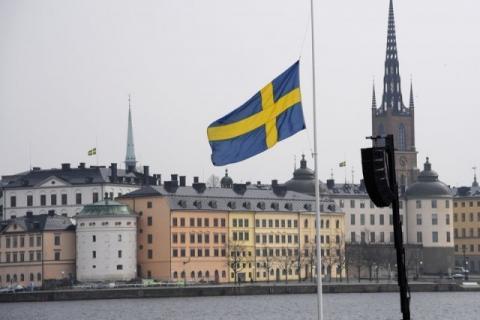 "Sweden was maligned in 2020 for foregoing a strict lockdown. The Guardian called its approach 'a catastrophe' in the making, while CBS News said Sweden had become 'an example of how not to handle COVID-19' ", fee.org portal reports.
Despite these criticisms, Sweden's laissez-faire approach to the pandemic continues today. In contrast to its European neighbors, Sweden is welcoming tourists. Businesses and schools are open with almost no restrictions. And as far as masks are concerned, not only is there no mandate in place, Swedish health officials are not even recommending them.
What are the results of Sweden's much-derided laissez-faire policy? Data show the 7-day rolling average for COVID deaths yesterday was zero. And it's been at zero for about a week now.
So, it is concluded in the text of the fee.org portal, "even a year ago, it was clear the hyperbolic claims about "the Swedish catastrophe" were false; but a year later the evidence is overwhelming that Sweden got the pandemic mostly right".
"Sweden's overall mortality rate in 2020 was lower than most of Europe and its economy suffered far less. Meanwhile, today Sweden is freer and healthier than virtually any other country in Europe", Foundation for Economic Education, fee.org portal, concludes.

While many nations are gearing up for more lockdowns, daily deaths in Sweden are still at 0.
This isn't what they said would happen. pic.twitter.com/udOcaacwx4

Sweden abolishes all measures, and Serbia is one step away from that