First renewable energy exporters' association to be opened in İzmir 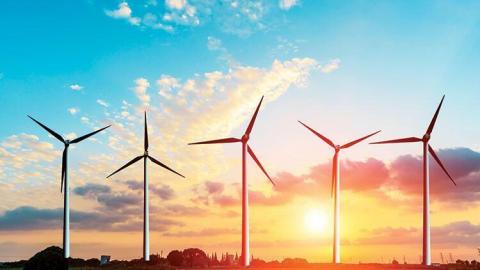 Jak Eskinazi, the EİB head coordinator, told Anadolu Agency in an interview that the new association under the EİB aims to help renewable energy companies in Turkey to join forces by gathering them under a single roof to keep abreast of ever-developing technology and R&D in the renewable energy sector.

He said that Turkey has achieved much progress in renewable energy equipment production to the point that the country will be able to produce wind turbines almost 100 percent locally.

Work to establish the planned association has started in which 309 renewable energy firms, of which 200 are located in İzmir, are being analyzed according to their production, services and registered exports.

Part of the association's work will be in conducting a very sensitive study to form a coding system for renewable energy exports.

"We do not have harmonized system codes (HS code) [in Turkey] for renewable energy exports. For example, an engine part used in a wind turbine is not registered as renewable energy equipment because there is no code classifying it as such. It is classified as equipment for the defense industry. Therefore, we need to define HS codes used for the renewable energy sector to track the potential in the country," Eskinazi explained.

With the aim of embodying the export capability of the Aegean Region into a corporate structure, Alper Kalaycı, the chairman of the Association of Energy Industrialists and Businessmen (ENSIA), said they have already started feasibility assessments and have begun looking at export enterprises in the...