Greece is the best luxury tourism destination for 2021 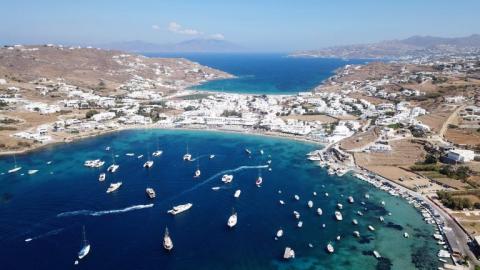 Greece received another international tourist distinction in September, this time from the particularly important German market.

Specifically, our country was voted best travel destination of the year for luxury tourism at the "Inspire me Award", which was established for the first time this yearby  the prestigious German professional online magazine "LuxusInsider".

The readers of the magazine took part in the voting, who as a rule are executives of the country's tourist market who specialize in the field of luxury travel (travel sellers, travel agents, hotels, airlines, etc.), while the evaluation of the short list of nominations per category was made by a jury, composed of experts in various sectors of the tourism industry.

The Greek award was presented to the head of the German EOT Service, Nikoleta Lekanidis, in the presence of the deputy head, Areti Prinou, during a special event held on September 9 at the Business Club (Villa im Heine-Park) in Hamburg. On the sidelines of the event, the representatives of the German EOT Service had contacts with selected representatives of the specific tourist market (ITB Berlin, TUI, etc.), as well as the tourist news group "FVW Medien".

The organizers intend to establish the "Inspire me Award" as an annual institution of the German tourism market, which will reward international destinations, companies and industry personalities who have presented remarkable achievements in the field of luxury tourism.