Hard times for the EU 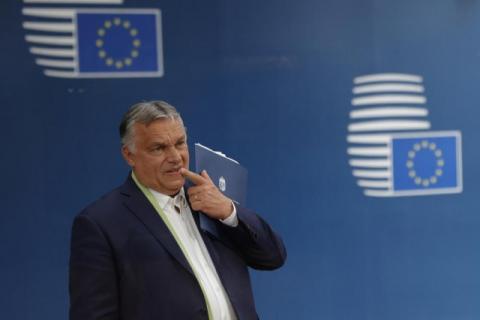 The problems are almost the same as last year: the pandemic, climate change, economic growth and the deep gap between individual members.
The Eurobarometer, a public opinion poll regularly commissioned by EU institutions, has yielded clear results. For the citizens of the European Union, the most important topics that the Union should take care of are climate protection, pandemics, health care, economic situation and social inequality.
That is why the President of the European Commission, Ursula von der Leyen, on Wednesday (September 15), in her second speech in the European Parliament on the state of the EU, will raise these very topics, reduce the balance and announce new steps.

Europe now has enough vaccines against COVID, but the number of vaccinated is still too small. Admittedly, the goal promoted by Ursula von der Leyen was achieved - to vaccinate 70% of the adult population of the EU, but that is not enough, considering the much more contagious delta strain of coronavirus. In addition, the number of vaccinated varies considerably from country to country: from almost 90 per cent in Malta to 20 per cent in Bulgaria.
The European Commission must work on that in the coming months, EU Health Commissioner Stella Kyriakides told Deutsche Welle. Von der Leyen initiated the establishment of a new EU institution - HERA (Health Emergency preparedness and Response Authority), which should play a significant role in combating infectious diseases. This would, at least in part, limit the uncoordinated actions of Member States that have applied different standards and measures to combat the pandemic.

The direct consequence of the pandemic is an unprecedented decline in the economy....