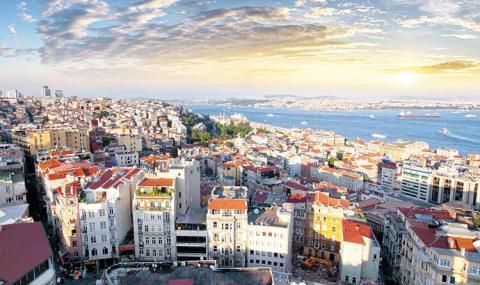 Officials at the Treasury and Finance Ministry are studying a proposal to launch a scheme that would allow private companies to build homes and lease them out to boost dwelling unit supply and to curb excessive rent increases.

Lawmakers from the ruling Justice and Development Party (AKP) convened the complaints from their constituencies over the extreme rent hikes across the country during the summer months, particularly in the provinces which are home to a sizable university student population to senior party officials.

Party officials argued that it is not possible to intervene and regulate rents, but the option would be allowing private companies to build homes and lease them out and some tax exemptions could be granted to those firms.

Officials at the Treasury and Finance Ministry are studying the proposal to see if the scheme could be implemented.
According to the plan under consideration, the Housing Development Administration of Turkey (TOKİ) and companies owned by municipalities could also be added to the scheme.

TOKİ presently builds properties only to sell them, but the proposal foresees that the administration can also construct units to be rented.

Officials believe that offering such tax incentives will encourage firms to build homes, which will help overcome bottlenecks in the housing market.

In the face of the skyrocketing rent prices, tenants in Istanbul, Ankara, the country's third largest province of İzmir as well as the...