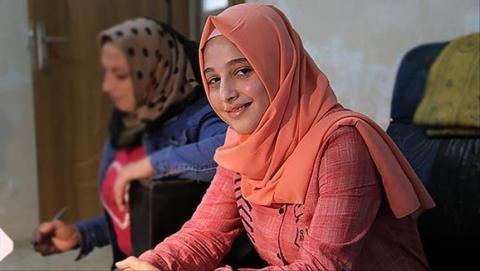 An 11-year-old Syrian girl began hearing again when a Turkish charity helped her get new hearing aids after she lost hers five years ago while fleeing a barrage of bombs.

Samiye Haj Mustafa, deaf from birth, lost her last hearing aids when she was trying to escape bombardment in the city of Aleppo during the Syrian civil war.

Although she later moved to Turkey, she could not go to school as she lacked any hearing aids.

The girl said that she was very happy to be able to hear the voices of her mother and siblings again.

"Many people were killed and injured in the bombardments. My daughter lost her hearing aids during a bombardment in Syria," her mother said.

Thanking everyone who helped them get new hearing devices, Huseyin said: "I asked the foundation for help so that my daughter could hear again."

"Now my daughter can hear us. The world became ours. My daughter is very happy, and her happiness makes us happy too," she added.

US Russian Top military Meet in Helsinki discuss Risk mitigation in Afghanistan after US Pullout
Gabriela Alexandrescu (Save the Children): Over 1,500 children - asylum seekers in Romania