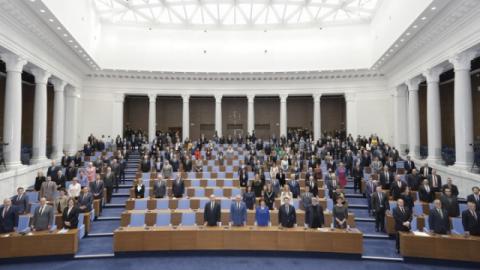 aretaker governments do not have to be weak governments: The Netherlands has demonstrated this well over the past few months. Maybe Bulgaria's struggling caretaker administration can take a few lessons on board?

Bulgarians will be heading to the polls once again on November 14 to cast a vote in the country's third parliamentary election of the year.

At the two previous elections held this year, in April and July, neither the former ruling party, GERB, nor the newly-formed populist movement There is Such a People (ITN), managed to secure enough votes to form even a minority government.

Given that ITN has ruled out working with any of Bulgaria's traditional parties, forming an administration has been impossible. It therefore looks likely that a long-term caretaker government is currently the country's only viable option.

A caretaker government can be problematic for any state, and in the case of Bulgaria it has resulted in a number of serious issues, not the least of which are its inability to apply for EU recovery funding, a failure address its diplomatic dispute with North Macedonia, and, most devastatingly, the complete unwillingness of any political actor to take charge of the Covid-19 vaccination campaign.

The Netherlands may be one of the most well-established democracies in the world, but it too regularly has to make do with caretaker governments while coalitions are formed: one such administration has been running the...