Change in the "traffic light" system: when the children will switch to online classes 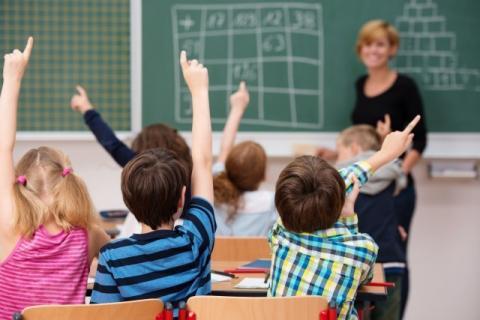 According to the media, so far, in order to switch to the combined model of teaching, it was necessary to have two infected students, and the education and health authorities have estimated that the model according to which teaching now takes place is too strict.
According to Belgrade media, there can be three infected students for classes of up to 16 students. When the class is more than 16, and there are two sick students, it is divided into two groups and switches to a combined model.
The decision on the manner of teaching in case of infecting students was made today. As Blic finds out, classes with more than 16 students go online if, after dividing the group and switching to the combined model, more than three students later became ill in one of the groups. That is, the principle for divided classes is the same as for classes of up to 16 students.
A meeting is scheduled for tomorrow, at which a decision should be made whether there will be tests of students and teachers.
The school team, at whose meeting these two issues will be discussed, is roughly a small crisis headquarters. In addition to the members of the Ministry of Education, it consists of representatives of the Ministry of Health and Batut Institute. According to the information of "Blic", if a decision is made on testing students, the swab will be taken from the children's noses.
The decision on possible testing and the manner in which it will be performed, as well as the principle on which samples will be taken, is made by the health profession. The proposal should be presented on Friday.
As they say for "Blic" in the Ministry of Education, if such a decision is made, it does not mean that they are thinking about testing all children in all schools. Also, at...