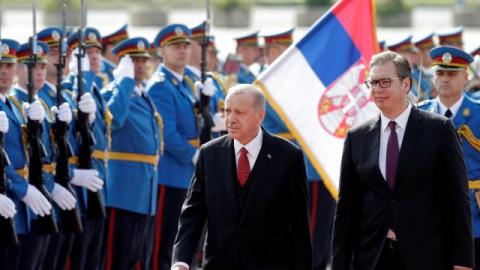 The European Court for Human Rights, in an interim measure adopted on Wednesday, asked Serbia not to extradite S.O, a Turkish citizen of Kurdish origin, sentenced to life in Turkey for membership of the outlawed Kurdistan Workers' Party, PKK, BIRN has learned.

The European Court said S.O. should not be deported to Turkey at least before September 21, in order to use the time to properly evaluate his case.

According to information BIRN has obtained, S.O is currently in Serbia. On Wednesday he was detained by Serbian police at Belgrade airport after being returned from Romania. He was released that evening and is reportedly in the capital, Belgrade.

A Turkish court in January 2020 sentenced S.O to life in jail for membership of the PKK and alleged involvement in bloody clashes between Turkish forces and the PKK in 2015 in southeast Turkey.

In addition to his crime of "Violating the unity of the state and integrity of the country", he was also sentenced to another five years for "Depriving a person of his freedom … by using force and threats".

The Turkish court ordered his immediate arrest as he was not present at the court hearing.

The PKK has been fighting Turkish governments for nearly 40 years.

While many European states routinely refuse to extradite Turkish citizens to their home country because of the country's poor record on torture and its partisan, Serbia has done so before.

In 2017, Serbia extradited a Kurdish activist, Cevdet Ayaz, to Turkey where he is serving a 15-year sentence in the notorious Silivri Prison in Istanbul, where Turkey...