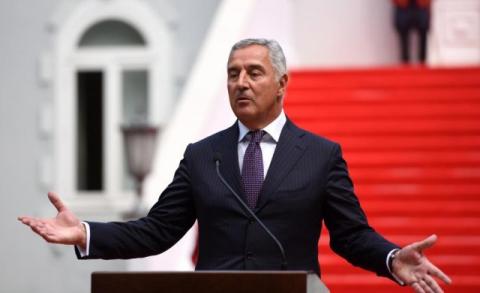 Whether that will really happen is unknown for now, but these days, there are suggestions for just that - for America to be more engaged in Montenegro. According to Blic, they come from former American diplomats who, in addition to that idea, warn of "Serbian nationalism in the country", but also of Moscow's attempts to "use it to destabilize the Balkans".
According to Blic, the idea for "US interference" came from former US Ambassador to NATO Kurt Volker and Daniel Fried, former US Assistant Secretary of State, but for now no one can claim whether they presented the idea as their own, or it is again just a "test balloon".
Given what has been happening in Montenegro over the past year, and especially the last ten days with the culmination of the enthronement of Metropolitan Joanikije, and pointing the finger at Serbia and the Serbian Orthodox Church as the culprits for the Sunday riots, it is quite legitimate to ask whether this is part of a bigger plan whose main "player" could become America, states Blic.
Kurt Volker says that he was disappointed with the scenes from Cetinje, and adds that "Serbian authorities and the Serbian Orthodox Church should pay a little more attention to the general mood in Montenegro." However, that is only a part of his story, within which he also talks about the path to Serbia and Russia and "dark, Balkan Serbian nationalism".
"Yes, of course, the Montenegrin people were tired after 30 years of the same party in power. However, that does not mean that they chose a path far from Europe and NATO, in favor of Russia and Serbia," Volker, currently an associate of the Washington Center for European Policy Analysis and a former special envoy for Ukraine in Trump administration told Voice of America.
He also...