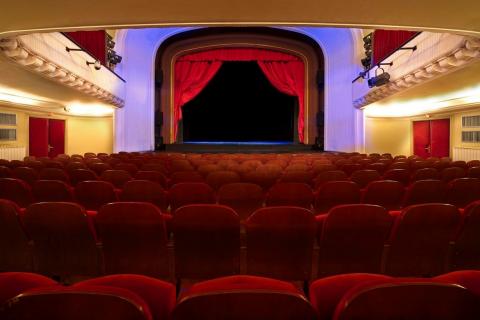 Ljubljana – SNG Drama Ljubljana, the country’s leading theatre, will stage some old plays, some based on films and others it has commissioned itself, Drama’s manager Igor Samobor said as the company presented its new season in a special video it posted on its Youtube channel last evening.

The new season will open on 25 September with The Arsonists, a production based on Max Frisch’s play. Its director Jan Krmelj said “it is a lucid and witty metaphor for human violence and the differences based on some abstract ideology or social roles”.

Milan Kundera’s Jacques and His Master, directed by Dorian Šilec Petek, will follow in October to examine the “stories which shape us, and why we are the way we are”.

Simona Hamer newly wrote Everything OK (Vse OK), which will be staged in December. Directed Matjaž Farič said it is a metaphor for a world driven by capitalism and corporate management, so it is no coincidence that it unfolds in an escape room.

The Party, a show based on Sally Potter’s black comedy film of the same title, will be staged for the first time in Slovenia, to be directed by Ivica Buljan.

The Great Dictator, another film-based production, will be directed by another household name Diego de Brea. It premieres in March.

De Brea sees the biggest quality of “the comedy drama … about the very traumatic story of WWII” that it combines tragic elements with humour.

Croatia’s award-winning playwright Tena Štivičić’s Cabaret Caspar will see its world premiere as the last to open on Drama’s main stage in May.

Its director Marjan Nečak said Caspar is a catalyst for the other characters who come to an island to get away from their daily routine to meet a mysterious wild man.

Drama’s other, smaller and more intimate stage, will bring another seven productions, among them Polish Slawomir Mrožek’s The Emigres (Emigrants) and English Duncan Macmillan’s Every Brilliant Thing, to be directed by the actress Nataša Barbara Gračner.

The small stage will also feature Margaret Atwood’s The Penelopiad, to be staged in Slovenia for the first time, and two productions written by Slovenian playwrights – Mirror, Mirror and #punceinpolpunce.