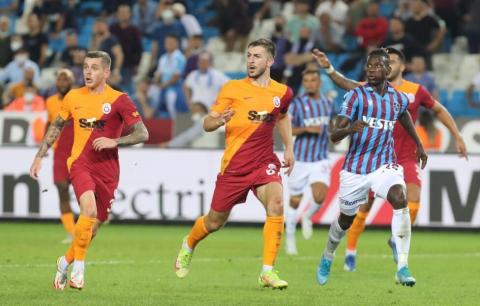 After trying and failing to book their place in the Champions League, Galatasaray enters its maiden European clash of the season having posted an unbeaten start from its four Turkish Süper Lig games so far, but it threw away a two-goal lead against Trabzonspor at the weekend.

Lazio also failed to pick a win over the weekend, falling to a 2-0 defeat against AC Milan.

"We will have a tough match against Galatasaray," Sarri said.

"We will play against a high-level, technically capable team. The right thing to do is to apply the necessary trainings correctly to achieve a good result."

Fenerbahçe travels to Germany to face Eintracht Frankfurt aiming to prolong an unbeaten streak, while the host side is winless in five games.

The German club's new boss Oliver Glasner is not enjoying the best of starts since joining from Wolfsburg in the summer. His side is winless in its opening five competitive matches, with two defeats followed by three draws.

Fenerbahçe, on the other hand, has been unbeaten for 14 games, and has won four of its five Süper Lig games so far, drawing once.

Galatasaray and Fenerbahçe this season will be competing in a Europa League that has undergone dramatic weight-loss surgery.

After the UEFA Cup and Cup Winners Cup merged in 1999, UEFA kept its members happy by adding more and more slots in the Europa League.

Last year, 213 clubs played in the competition at some point. This year there will be just 58.