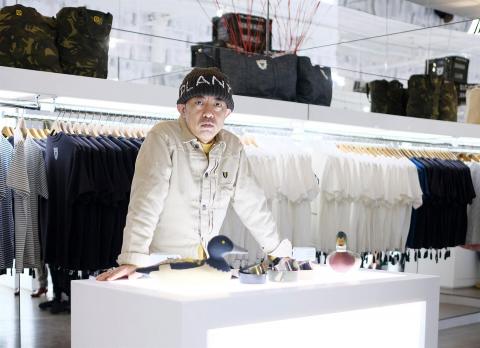 Known for his celebrity collaborations, Nigo takes over from Portuguese designer Felipe Oliveira Baptista, who quit the post in June after just two years.

Kenzo was founded in 1970 by Japan's Kenzo Takada, who died from COVID-19 complications in October.

Nigo, real name Tomoaki Nagao, made his name with his label A Bathing Ape, or BAPE, in the 1990s - its marriage of streetwear and high fashion making it precursor to brands like Supreme.

He has partnered with big names like Pharrell Williams, Kanye West, Coca-Cola and Adidas - and last year released a men's collection with Virgil Abloh of Louis Vuitton.

In the statement announcing his appointment, Nigo noted the parallels with the founder of Kenzo.

"Bringing to life the spirit and savoir-faire of Kenzo Takada to create a new Kenzo is the biggest challenge in my 30-year career," he added.

Sidney Toledano, CEO of LVMH's fashion section, welcomed the "arrival of an extremely talented Japanese talent" that will open "a new page in the history of the house".