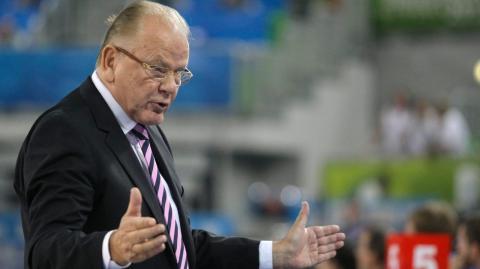 Fans and colleagues across Europe have all expressed their sadness and appreciation for Ivkovic's life work.

The legendary coach Dusan Ivkovic has passed away at the age of 78. pic.twitter.com/B96FOFQsSa

Ivkovic was born in Belgrade on October 29, 1943. In 2008, he was named one of the 50 Greatest EuroLeague Contributors. In 2017 he was elected to the FIBA Hall of Fame and was named a EuroLeague Basketball Legend.

He was also the selector of the Serbian national basketball team from 2008 to 2013, during which time it won silver at the European Championship and was fourth at the 2010 World Cup.

He finished his coaching career in 2016, and led a show match as a sign of his farewell against Olympiacos on September 20, 2017.

With the national team, he won three European gold and one silver, one world gold, silver at the Olympic Games and a gold at the Universiade. At club level, he won the Euroleague...