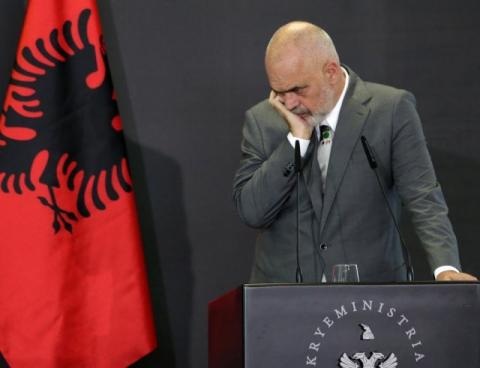 Moreover, on his priority list is to launch the "Open Balkans" initiative.
Also, his priority is the launch of the "Open Balkans" initiative, i.e. the implementation of the agreement reached on July 29 by the President of Serbia, Aleksandar Vui, Edi Rama and the Prime Minister of North Macedonia, Zoran Zaev.
The Albanian government emphasizes that it will dedicate itself to regional cooperation "Open Balkans", and on establishing bilateral relations, Pristina Reporters reports.
Rama also pledged "to lobby for the recognition of Kosovo with all countries of the world and its acceptance as a country entitled to all the rights and freedoms set forth in the UN Declaration".