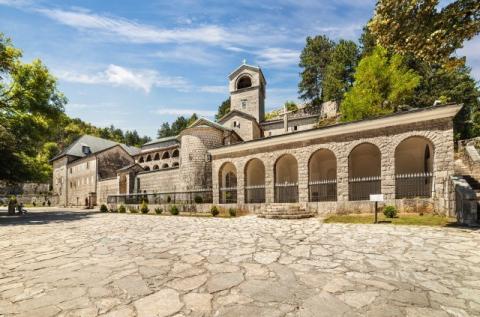 The decision of the Cetinje regional unit of the Cadastre and State Property Administration, which was inspected by the Mina agency, rejects as unfounded the request for "correction of the wrongly registered property right" over several real estates and orders that the Cetinje monastery be registered as the owner of those real estates or MCP, RTCG reports.
The extensive explanation, as RTCG reports, states, among other things, that it has been determined that the submitted evidence, in a specific legal matter, does not represent a valid legal basis for correction of the registered property right, registration or change of registration on the real estate in question.
On Monday, the Government of Montenegro ordered the Administration for Cadastre and State Property to, without delay, register the state as the owner in the list of real estate for the Cetinje Monastery, instead of Cetinje.
"The Cadastre and State Property Administration is ordered to immediately and without delay correct the registered property right holder in a way that, instead of the Capital City of Cetinje, as the property right holder..., will return the registration to the State of Montenegro," the conclusion which the government adopted on Wednesday said.
The conclusion was adopted without holding a session, based on the obtained consent of the majority of members. The Government also ordered the Administration for Cadastre and State Property to enter the note prohibiting alienation and encumbrance in the list of real estate without delay, until the end of the procedure for changing the registration.
The government made that decision the day before the session of the Assembly of Cetinje, on whose agenda was the initiative of the citizens for the return of the...