Why Mitsotakis tapped Stylianides as Climate Change and Civil Protection Minister, his experience 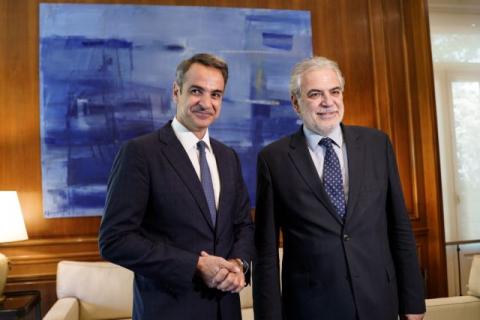 The incoming minister for Climate Crisis and Civil Protection, Christos Stylianides is a dentist by training, yet he is by all accounts essentially a "political animal".

That is the common conviction of both his friends and opponents, as Cyprus's former European Commissioner has a passion for whatever he takes up.

It is precisely that passion, combined with the experience and knowledge gained during his tenure as Commissioner for Humanitarian Aid and Crisis Management (2014-2019) - where he developed close ties with one of the towering divs of recent European politics, former European Commission President Jean-Claude Juncker - that Prime Minister Kyriakos Mitsotakis sought to exploit when he tapped the 63-year-old Stylianides to head the newly-established ministry.

In accepting the invitation of PM Kyriakos Mitsotakis, in part because of their ties of friendship and mutual respect, he became the third Cypriot (after the former deputy education minister Loukis Akritas in the 1960s and more recently the late alternate foreign minister Yannos Kranidiotis) to serve as minister in a Greek government.

With a "dowry" from the EU Pandemic Recovery Fund

Though much has been written in recent days about how the minister was chosen, it seems that as is often the case that the simplest answer is right.

The idea of approaching Stylianides was the prime minister's, as he found in him a man who is suitable for pursuing his objectives and has the necessary technocratic experience. The two kept in touch even after Stylianides left the Commission in 2019.