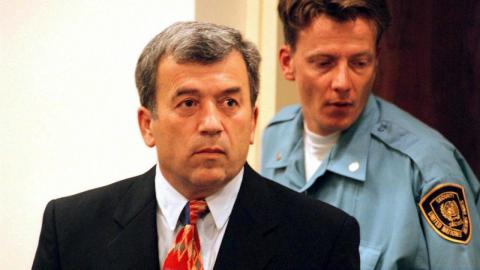 The UN's Mechanism for International Criminal Tribunals in The Hague has said that Radoslav Brdjanin, who is serving a 30-year sentence for crimes against humanity during the war in Bosnia and Herzegovina, has been sent back to the UN Detention Unit from prison in Denmark.

It said that Denmark had previously informed the UN court about "its decision to release Brdjanin, following his eligibility for early release under Danish law", and had asked for Brdjanin to be "transferred from Denmark within a certain time frame".

Because "the further enforcement of Brdjanin's sentence in Denmark is no longer possible" and no other state has been found where he could serve the rest of his sentence, he was returned to the UN Detention Unit, the president of the Mechanism for International Criminal Tribunals, judge Carmel Agius, said in his ruling, which was delivered on August 25 but only made public on Thursday.

Brdjanin, 73, was the political leader of a short-lived, Serb-run rebel territory called the Autonomous Region of Krajina in north-western Bosnia and Herzegovina.

He was sentenced to 30 years in prison by the Hague Tribunal in 2007 for crimes against non-Serbs in the area, including persecution, torture and deportations.

He requested early release last year but was rejected.

Judge Agius said at the time that "the high gravity of his crimes militates against releasing him early", and that Brdjanin had "failed to demonstrate that he has been sufficiently rehabilitated".

He made another plea for early release in February this year, when his lawyer Novak Lukic insisted that Brdjanin was "mindful of the high gravity of crimes he was convicted of".

Lukic added that Brdjanin "clearly stated [in his first request for...