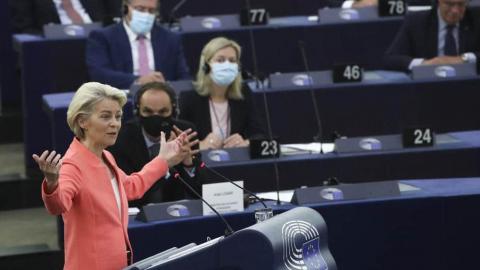 Of late, the Commission has adopted a much tougher approach, with the EU executive slowing down the process of disbursing cash from the bloc's 750-billion-euro coronavirus recovery fund to Europe's two most recalcitrant members.

"I must say that we are at the end of the so-called dialogue on this with Poland… so the next step is financial," Didier Reynders, European Commissioner for Justice, told the Financial Times in an interview earlier this month, referring to the dispute over reforms of the justice system that the ruling Law and Justice (PiS) party has implemented since coming to power, which critics say are being used to silence independent judges.

When it comes to Poland, the Commission is not only slowing down the disbursement of recovery funds, but it has also turned to the ECJ to impose fines on Warsaw for not dismantling a disciplinary system for judges that the European Court had declared incompatible with EU law.

In Hungary, the end-September deadline set by the European Commission to approve the Hungarian recovery plan is looming, but chances are the government - desperate for the money - won't get its hands on any soon.

To cover the holes in the budget, Hungary's debt agency raised 4.4 billion euros in foreign currency this week. Interestingly, Prime Minister Viktor Orban had previously ruled out taking advantage of the credit line offered by the EU's recovery fund - it's a mix of non-returnable grants and loans - arguing it would only worsen the country's deficit. No such concerns are heard from government officials now.

Hungary's deficit currently stands at 80 per cent of GDP, which is not particularly high compared with other EU member states - a bit below the Austrian rate - but stands out in the Visegrad...