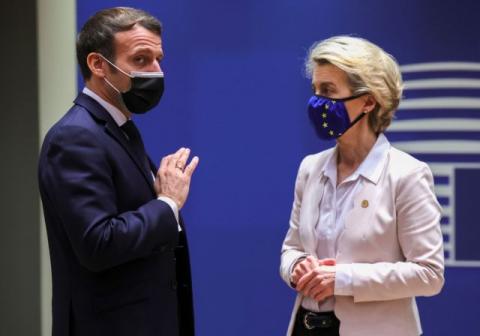 The EUMed 9 Summit will be held on Friday in Athens, at the Stavros Niarchos Foundation Culture Centre (SNFCC).

The agenda of the Summit, which acquires special geopolitical weight, includes security challenges in the Mediterranean that endanger stability in the region, potential new crises, such as the threat of migration flows after the latest developments in Afghanistan, and other crises, the consequences of which Mediterranean countries are already experiencing, such as climate change.

The security pact between the US, Australia and Britain on the Indo-Pacific region, which the European Union said it was not informed about, can not but affect the discussions in a clearly emerging geopolitical setting, despite the fact that it is expected to be analyzed and to be evaluated in detail at the forthcoming meeting of EU Foreign Ministers.

The leaders will make statements to the press at 19:40 and at 20:30 they will attend a dinner.