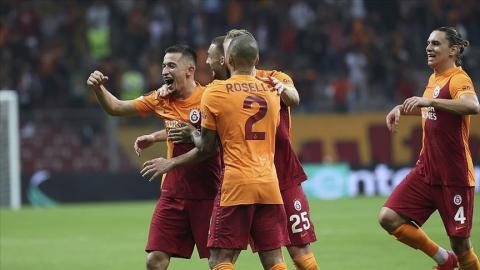 The Lions will play their next match in Group E against Marseille at Stade de Marseille on Sept. 30.

Mesut Özil scored the first goal for the Yellow Canaries' in the 10th minute, but Sam Lammers equalized for Frankfurt in the 51st minute at Frankfurt Stadium.

Fenerbahçe missed an opportunity to win in the 92nd minute, when Mergim Berisha scored the rebound from a missed penalty kick for Fenerbahçe but a decision by the video assistant referee (VAR) ruled out the goal.

In the other Group D match, Olympiacos beat Antwerp 2-1. Olympiacos leads the table with 3 points, while Fenerbahçe placed 2nd with 1 point in Group D.

In the second match day of the group, Fenerbahçe will host Greek team Olympiacos at Şükrü Saraçoğlu Stadium in Istanbul while Antwerp will host Frankfurt at the Bosuilstadion in Belgium on Sept. 30.