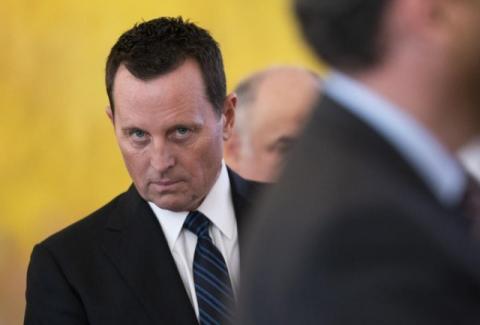 Former US President Donald Trump's envoy for the dialogue between Belgrade and Pristina wrote on Twitter that the huge failure of the team of current President Joseph Biden is that it neglected the results achieved by the Trump administration in the Balkans.
Grenell also shared a video message posted on the YouTube channel of the American Center for Law and Justice, in the capacity of its senior advisor, in which he reminded that the then U.S. President Donald Trump brought representatives of Belgrade and Pristina to the Oval Office signing an agreement in September 2020, but that the Biden administration missed the opportunity given to them by Trump.
Grenell reminded that there was a one-year moratorium in the agreement for Pristina to seek recognition from international organizations, for Serbia's campaign to seek the withdrawal of recognition of the so-called Kosovo, as well as for the talks to continue in a year.
He stated that the obligation in question ended in September this year, and blamed the administration of the current president, Joseph Biden, for that. Grenell believes that the current US administration did not even try to extend "that moment of the agreement, when the two sides agreed that they would try to find a common basis to move forward."
The video message contains photos from the meetings that Grenell had with the representatives of Belgrade and Pristina, as well as from the signing of the Washington Agreement in the White House.

Reporters in DC completely missed this expiring deadline.
Its a huge failure of team Biden. The people of the Balkans deserve a U.S. President that pays them attention. https://t.co/hpDrfXlTCC