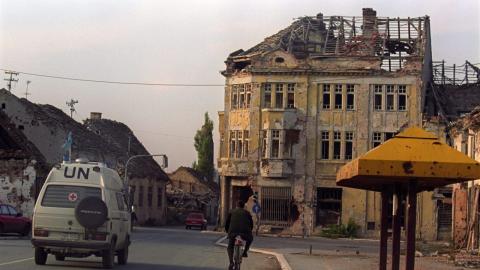 The Humanitarian Law Centre said on Friday that Belgrade Court of Appeals' compensation awards to relatives of people killed by Serbian fighters at Ovcara Farm after the fall of the besieged Croatian town of Vukovar to the Yugoslav People's Army in November 1991 are inappropriately low and do not meet standards set by the European Court of Human Rights.

"In the three lawsuits to date, the national courts have awarded amounts ranging from 700,000 dinars [some 5,900 euros] to 900,000 dinars [7,600 euros] for each plaintiff individually," the Humanitarian Law Centre said in a statement.

"The HLC considers that, despite the fact that the courts have accepted the claims and that the proceedings have been finalised within two years, which is a rare positive example of an effective process, the amounts awarded do not meet the standard of fair compensation for the death of a loved one and do not comply with the standards of the European Court of Human Rights," it added.

The HLC cited the case of Brdar v. Croatia at the European Court of Human Rights, in which the court awarded compensation of over 23,000 euros for the disappearance of a member of the plaintiff's family during a military operation in Croatia in August 1995.

"The decision of the Serbian courts to award three times less to plaintiffs in these proceedings speaks of the unwillingness of domestic courts to apply European Court of Human Rights practice and thus oblige Serbia to pay damages in line with international standards, which would ensure fair reparations for war crimes victims," it said.

Eight Serb fighters from the Vukovar Territorial Defence force and the Leva Supoderica paramilitary unit were convicted in 2017 in Belgrade of involvement in the deaths of around 200...