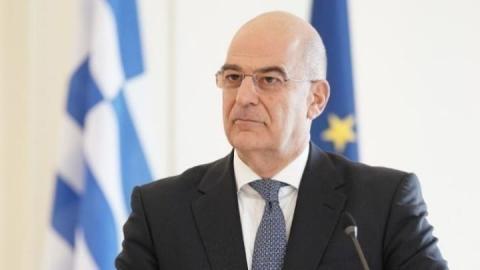 Greece's Ambassador to Ankara has been instructed by Foreign Minister Nikos Dendias to deliver a strong demarche to the Turkish foreign ministry due to harassment of the Research Vessel Nautical Geo and due to Ankara's issuance of an illegitimate counter-NAVTEX.

"I have instructed the Greek Embassy in Ankara to deliver a strong demarche regarding Turkish harassment of the research vessel "Nautical Geo" as well as the issuance of an illegitimate NAVTEX. This continuing stance on the part of Ankara is entirely unacceptable," Dendias wrote in a tweet.

The French-owned and Maltese-flagged vessel "Nautical Geo", which has over the last days been conducting research east of Crete in the framework of charting a possible course of the EastMed pipeline, has been blocked by Turkish Navy ships whenever it operates beyond six nautical miles of Greek territorial waters.

In July as well, the Turkish Navy did not allow the ship to conduct research on behalf of the Greek state, which forced it to sail in the broader region north of Crete.

This time the problem surfaced due to a Greek NAVTEX that announced that Greece was tying up the area for research operations from 16-22 September and a subsequent counter-NAVTEX, in the framework of Turkey's longstanding position that Greece has no jurisdiction beyond six nautical miles east of Crete.

A NAVTEX is a maritime communications system that allows ships to inform other vessels about their presence in an area, as well as other information.

It can also serve as a warning to other vessels to steer clear of an area due to the sensitivity of the work being carried out and a signal of a country's sovereign exploration rights.

A new border crossing is being introduced