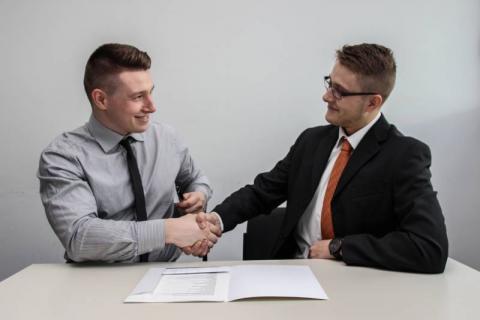 Ljubljana – Fraport Slovenija, the company managing the Ljubljana Jože Pučnik Airport, will get a new head next month, as the term of Zmago Skobir expires at the end of September. He will be succeeded by Babett Stapel, who is currently serving as managing director, Fraport Slovenija told the STA. Skobir will remain a procurator and adviser to the management.

Skobir is leaving after running the company for more than 14 years, but will remain at the company until the end of next year to ensure a smooth transition.

Skobir joined what was Aerodrom Ljubljana at the time in 2002 and was appointed to the management board a year later. A jurist by education, he was a long-serving employee of Adria Airways, the national flag carrier.

In 2007 he was appointed president of the management board. He was responsible for the traffic-technical division and commercial division, for the aero-engineering division, legal affairs, corporate communications and procurement.

He was appointed managing director in 2015, after Aerodrom was sold to Fraport AG and transformed from a public limited to a limited liability company.

Stapel, who joined Fraport Slovenija in 2016, has been serving as managing director since July.

She joined Fraport AG in 1999 as an in-house lawyer and continued her carrier as an analyst, and from 2004 to 2010 as the head of the retail strategy department at Frankfurt Airport.

Skobir recently told the newspaper Delo in an interview that the management’s goal in the future would be to restore flights so that Fraport Slovenija would be able to live off its revenue, and to respond to new trends in aviation.

The airport also got a new terminal at the beginning of July, which is to help boost its operations.

The outgoing head also said that Fraport Slovenija would need a loan of about EUR 6 million next year. 85 people have been dismissed because of the epidemic to leave the staff number at 380. Fraport Slovenia posted a loss of EUR 6.3 million last year.

The post Fraport Slovenija to get new head in October appeared first on Slovenia Times.