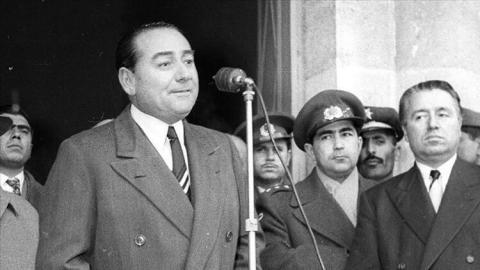 Adnan Menderes, Turkey's first democratically elected prime minister, is being commemorated 60 years after his execution following a coup in 1960, an event marking a dark era in Turkish history.

An official ceremony was held in Istanbul on Sept. 17 for Adnan Menderes and two ministers of the time, Hasan Polatkan and Fatin Rüştü Zorlu, who were executed on Sept. 16 and 17, 1961.

President Recep Tayyip Erdoğan's message was also read at the mausoleum. "Those slaughtering democracy with a coup have sent three innocent lives to the scaffold," Erdoğan said in the statement.

"Some thought that they could erase Menderes and his friends from the hearts of the public, but the history has shown that they were mistaken," he added.