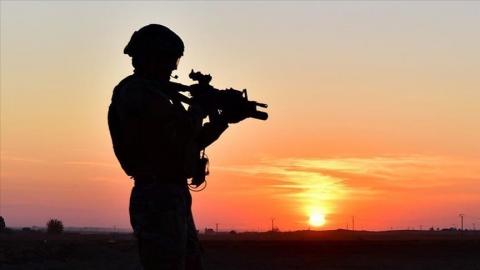 A Turkish soldier was killed in northern Iraq after he was wounded in a bomb blast, the National Defense Ministry said on Sept. 17.

Infantry specialist sergeant Umit Solak was seriously injured when an improvised explosive device (IED) went off in the Avasin region, the ministry said a statement.

He succumbed to his injures in hospital, it added.

"We wish Allah's mercy upon our heroic martyr, and offer our condolences and patience to his precious family, the Turkish Armed Forces and the nation," the ministry added.

In its more than 35-year terror campaign against Turkey, the PKK - listed as a terrorist organization by Turkey, the US, and EU - has been responsible for the deaths of at least 40,000 people, including women, children and infants.