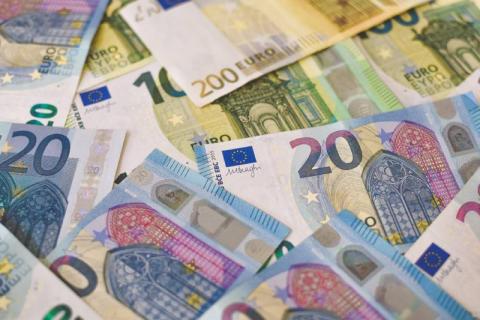 Ljubljana – The pay gap between men and women in Slovenia narrowed slightly in 2020, by 3.6 points annually to 2.2%, preliminary figures released by the Statistics Office show. The gap in the private sector stood at 6.5% and at 10.7% in the public sector.

Men’s average monthly net pay was 0.7% above the average, while women’s was 0.8% below the average.

Average net pay increased last year over the year before for men and women, with women’s increasing by 7.3% and men’s by 3.9%.

The median of the monthly net pay – a value splitting the population into two equal parts – stood at EUR 1,066, and was practically the same for men and women.

Men with higher education meanwhile earned the most last year, with their average monthly pay at EUR 1,774 net, 42% above the national average.

Women with the same level of education earned much less, EUR 1,529 net a month.

The average monthly net pay dropped under EUR 1,000 in the category of women with secondary education, to stand at EUR 977.

For those who have completed only primary school, it stood at EUR 917 for men and EUR 832 for women.

Average monthly pay was below the national average in more than half of all sectors, and below EUR 1,000 in four, the lowest in hospitality – EUR 884.

The electricity, gas and steam supply sector meanwhile had double the monthly net pay in hospitality, followed by financial services and insurance.

The post Gender pay gap in Slovenia at 2.2% in 2020 appeared first on Slovenia Times.