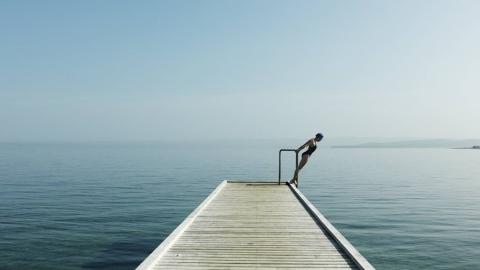 The first Slovenian to win the race since its inception in 2018, Kočar finished a minute and a half ahead of the Belgian Giel Meesen. The Belgian Toon Veldman was six minutes adrift.

“I made it my goal to try and win. If we have this event in Slovenia, it is only right that Slovenians win once,” he said.

Soltysiak, who crossed the finish line 32 minutes behind the winner of the men’s competition beat Austria’s Anja Weilguni for the win, with Alexandra Anchina of Russia coming in third.

The event featured 562 competitors, far fewer than forecast as many cancelled due to poor weather.