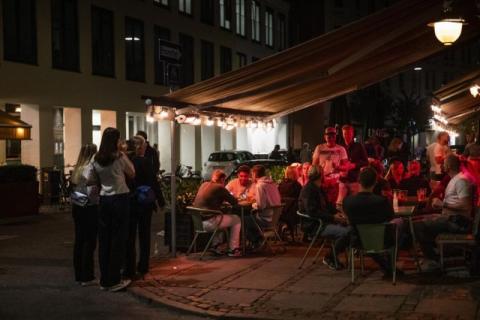 Vaccination rates are relatively high in those three countries, but confidence in the government is also high. The hope is that freedoms will lead to even higher vaccination level.
In some European countries, the "return to the old", that is, free life as before the pandemic, is no longer just a dream. Vaccinated citizens in the Netherlands will be able to dance in crowded nightclubs from Saturday (September 25) without having to keep the distance. Instead of measures, they will have to show a COVID pass.
Denmark lifted all restrictions last week, making it the first EU country to return to "normalcy". You don't need a mask or proof of vaccination to go to a concert or to the gym there. In late August, the health minister said the COVID was no longer considered a "socially critical disease".
These two countries are joined by Sweden, which already had the mildest measures during the pandemic. At the end of September, the restrictions on public and private gatherings will be lifted, as well as the recommendation to work from home. However, those who travel to these three countries still have to be tested and quarantined, if they have not been vaccinated.

According to the Oxford file "Our World in Data", in Denmark, three quarters of the total population were vaccinated with two doses. Of the larger EU countries, only Portugal and Spain are ahead of them. In the Netherlands and Sweden, about 63 percent of all residents have been vaccinated.
For the sake of comparison, the vaccination rate in Serbia is only about 42 percent. "Among the most vulnerable patients and citizens, more than nine out of ten have been vaccinated," said Allan Randrup Thomsen, a virologist...