Another 5000 Voting Machines Could Be Delivered for November Elections 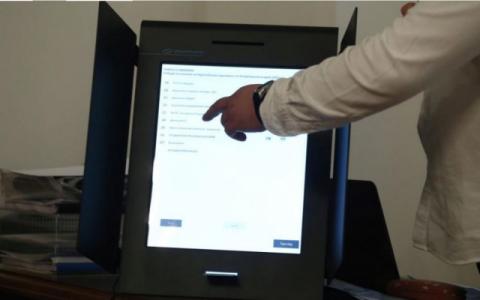 "Ciela Norma", the company supplying the voting machines for previous elections is ready to deliver 5,000 voting machines at a price of BGN 5,200 per device, which makes a total of BGN 26 million.

This is clear from a letter sent to the CEC, which was read to the members of the commission by its Deputy Chairman Emil Voynov.

The company is ready to provide the logistics of the machine vote on November 14 for BGN 13.5 million, which includes transport of the machines abroad.

"Since, according to them, 9,600 machines are their property, they want us to pay them rent for the machines used on July 11 in the amount of BGN 14,400 million."

In case the CEC does not own the machines as of November 14, they offer to rent them at a price BGN 1,500 per device for each tour separately and they want us to pay them BGN 543,000 for renting the warehouse, "he was quoted as saying by BNR.

Until 5 pm tomorrow is the deadline for Ciela Norma to submit to the CEC an offer on the announced public procurement for the logistics and technical maintenance of the machines for voting in the elections on November 14 with a possible second round of the presidential elections.

An hour later, at 6 pm, a negotiation meeting between the CEC and the company invited for direct negotiation is scheduled.