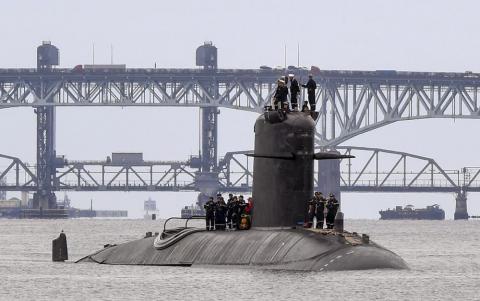 The United States and Britain sought on Sept. 19 to smooth tensions with Paris over a new security pact with Australia, with U.S. President Joe Biden requesting early talks with his French counterpart Emmanuel Macron.

The announcement of the defense alliance, and Australia's related decision to tear up a deal to buy French submarines in favor of American nuclear-powered vessels, sparked outrage in Paris, with Macron recalling France's ambassadors to Canberra and Washington in an unprecedented move.

But on Sept. 19 British Prime Minister Boris Johnson tried to downplay France's concerns about the deal, saying the pact was "not meant to be exclusionary... it's not something that anybody needs to worry about and particularly not our French friends".

Biden has requested a phone call with Macron, French government spokesman Gabriel Attal said, which would happen "in the coming days".

"We want explanations," Attal said, adding that the U.S. had to answer for "what looks a lot like a major breach of trust".

The recall of the ambassadors to Australia and the U.S. - for the first time in the history of relations with the countries - was "to show how unhappy we are and that there is a serious crisis between us", French Foreign Minister Jean-Yves Le Drian said on Sept. 18.

"There has been lying, duplicity, a major breach of trust and contempt," Le Drian told France 2 television.

Australian Prime Minister Scott Morrison on Sept. 19 rejected the accusation that Canberra had lied, saying he had raised concerns over the now-scuppered subs deal "some months ago".

"I think they would have had every reason to know that we had deep and grave concerns," he told reporters in Sydney. "We made very clear that we would be making...