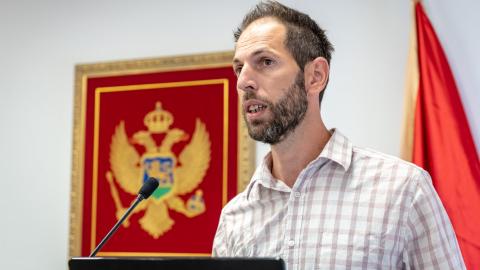 The 1991 declaration, adopted in the northern town of Zabljak, was the work of the then ruling Democratic Party of Socialists, DPS, led then, and now, by current Montenegrin President Milo Djukanovic.

In 1992, the Montenegrin Constitution was revised to define Montenegro as a "democratic, social and ecological state", while the declaration itself was presented at the United Nations conference on environmental protection.

The DPS spent the next three decades in power, but critics say care for the environment was never a priority. Instead, the party was accused of presiding over practically a feudal system of government, deeply corrupt and determined to exploit the country's rivers and coastline at all cost.

"The key environmental problem of Montenegro is the plunder of natural resources and the distorted system that legalizes that plunder," said Ikovic, one of the founders of the Podgorica-based KOD civic movement. "The authorities are protecting nature in political campaigns, but unfortunately for most of them the cement mixer is still the symbol of development."

Last year, in its annual report on Montenegro's progress towards membership of the European Union, the European Commission warned the country needed to redouble its efforts in terms of waste management, water quality, nature protection and climate change. The country of 620,000 people began EU accession negotiations in June 2012, six years after it narrowly voted in a referendum to end almost a century of a state union with Serbia.

In the almost nine years since, just three of 33 negotiating chapters have been completed.

The process, however, could slow...