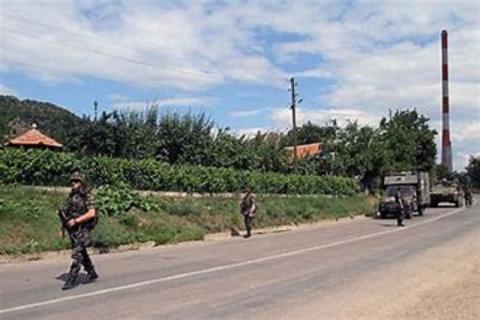 Tensions soared Monday at the border between Kosovo and Serbia as Kosovo deployed additional police to implement a rule to remove Serbian license plates from cars entering Kosovo, while Serbs protested the move, AP reports.

Kosovo special police with armored vehicles were sent to the border as hundreds of Kosovo Serbs reportedly drove to the border in their cars and trucks, blocking a road leading to one of the crossing points in protest.

Serbia's police have for years been taking off registration plates from Kosovo-registered cars entering Serbia, and the latest move by Kosovo authorities appears to be a tit-for-tat move.

Serbia doesn't recognize its former province of Kosovo as a separate state and considers the mutual border only as an "administrative" and temporary boundary.

Kosovo officials said that as of Monday, the license plates issued in Serbia will be replaced with temporary ones and that the additional police were deployed to implement the "reciprocity" action.

"We didn't ask for the temporary license plates, but they were imposed by the other party," he said. "As long as our citizens must pay for the plates when they enter Serbia, they will be used on entry into Kosovo as well."

European Commission spokesman Peter Stano urged both Kosovo and Serbia to "immediately, without any delay" exercise restraint and refrain from unilateral actions.