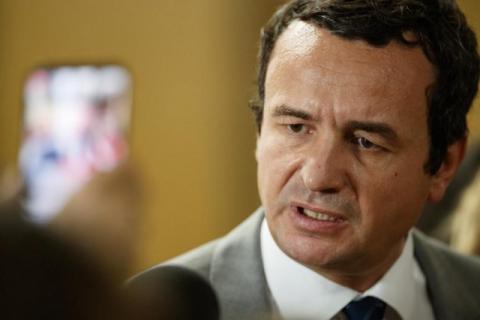 Namely, the authorities in Pristina started implementing reciprocal measures on Monday, and the license plates are being removed from Serbian vehicles and temporary ones are being installed. This caused dissatisfaction of the citizens of Serbia, and some of them spent the night at the crossings in protest. Even during the night, banners saying "Welcome to the Community of Serbian Municipalities" appeared.
Behrami pointed out that the unilateral decision of the Prime Minister of the so-called Kosovo, without coordination with the United States on the launch of the Special Units to the north, will have major multidimensional consequences in the coming days and weeks.
"With this decision, Kurti paved the way for the re-installation of parallel structures in the north, the reopening of barricades and bridge guards! His decision is not accidental and aims to stop dialogue and devalue all agreements reached in Brussels and Washington in the last decade. It should never be a description of the task of one Prime Minister. This is miraculously done by Serbian President Vui!", stated Behrami, as Kosovo online reports.
"Albin has no plan for how he will behave tomorrow, the day after tomorrow and in the coming weeks and months. While the old images of instability and unpredictability will return to the citizens of Mitrovica," he added.