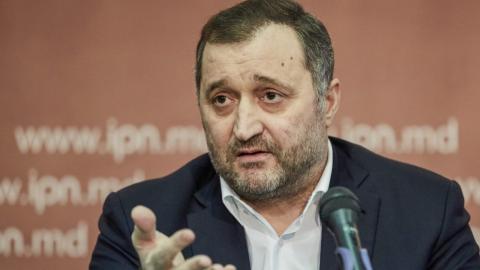 The Moldovan government and its British counterpart agreed on Tuesday that illicit funds confiscated by the British courts from Luca Filat, the son of former Moldovan Prime Minister Vlad Filat, will be returned to Moldova.

"The signed document provides for the return of the confiscated amount, in the total amount of 458,068 pounds [around 530,000 euros]. The funds will be used to hire more than 550 personal assistants for people with severe disabilities," the Moldovan government said in a statement on Tuesday evening.

The British move is connected to so-called 'grand theft' of one billion US dollars from the Moldovan banking system between 2012 and 2014 when Vlad Filat was prime minister and was allegedly connected to the criminal scheme.

In 2019, the British authorities confiscated 458,000 pounds from three HSBC bank accounts opened in the name of Luca Filat.

In May this year, the British authorities revealed that Luca Filat received multiple money transfers on the three accounts using hawala, an informal money transfer system used mainly in the Middle East but operated worldwide.

Luca Filat tried to justify these amounts by saying that these payments from Iraq, Turkey and the Cayman Islands, including $5.5 million in loans from an Iraqi company, were gifts from friends.

But Britain's National Agency for Combating Organised Crime found that the sums were linked to companies connected to his father, Vlad Filat, who was prime minister of Moldova from 2009 to 2003, and was then imprisoned for corruption from 2015 to 2019.

Filat denied that the funds had anything to do with him or Moldova.

"I can't tell you where and how they came from. I don't know what his [Luca Filat's] activities are because we don't...